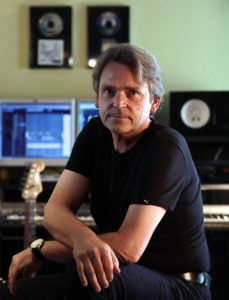 Brunky Music is a project of songwriter and producer Stefan Brunkhorst.

He was born in the mid 60’s and was inspired in very early age by his older brother with the music from that time. He starts practicing different instruments autoditact and made the first recordings at the end of the 70’s. Over the years he wrote a lot of songs in different styles, but the most of them in the California West Coast vibe. The dream about his own release never stopped all the years.

Now is the time to bring that music, written between 2000 till now, alive as single versions. On the way to the final production he had the pleasure to work with his favourite artists, to push his music to a higher level. The world is full of very talented musicans, it’s not about how famous, but to have the right feel for the songs. The view on musicians, who could fit for Brunky Music, is not over yet.